Where did the name GoPro come from?

GoPro founder Nick Woodman was an amateur surfer who wanted to “go pro.”

Nick Woodman, the founder and now CEO of GoPro, invented the first action camera on a surfing trip to Australia and Indonesia. It was originally only designed to serve the surfer market.

Nick wanted to make the name of the product to be as appealing to the surfers as possible. He realized that, more than anything, amateur surfers wanted to “go pro.” It was a common phrase in surf culture.

From an interview of Nick Woodman on CNBC:

“One of the easiest things in building GoPro was coming up with the name.

“I was camped out on the north coast of California in my ’74 Volkswagen bus and I was just finishing up my patent and the name came to me in about 10 minutes.

“The process was: I asked myself, well what are […] my surfer friends and I want to do more than anything? Because, remember, originally GoPro was intended just to be a camera for surfers.

“As surfers, we want to go pro!

“GoPro, hey that is pretty good!”

Learn about how many companies get their brand names in our post: Where do business names come from? The 7 types of business names. 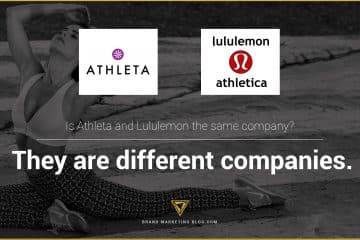 Is Athleta and Lululemon the same company?

Athleta and Lululemon Athletica are different companies. Athleta is a brand owned by Gap Inc., and Lululemon is an independent, publicly traded company. It is not surprising that they get mixed up for each other. Read more… 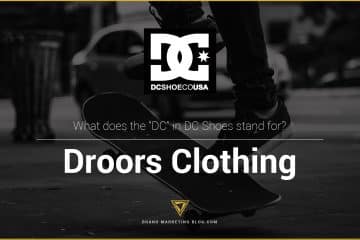 What does the “DC” stand for in DC Shoes?

The “DC” in DC Shoes stands for Droors Clothing. The official story is that D and C were the first names of the first skaters sponsored by the company, Danny Way and Colin McKay. This Read more…