Is the NRA the Mythical Negative Equity Brand? 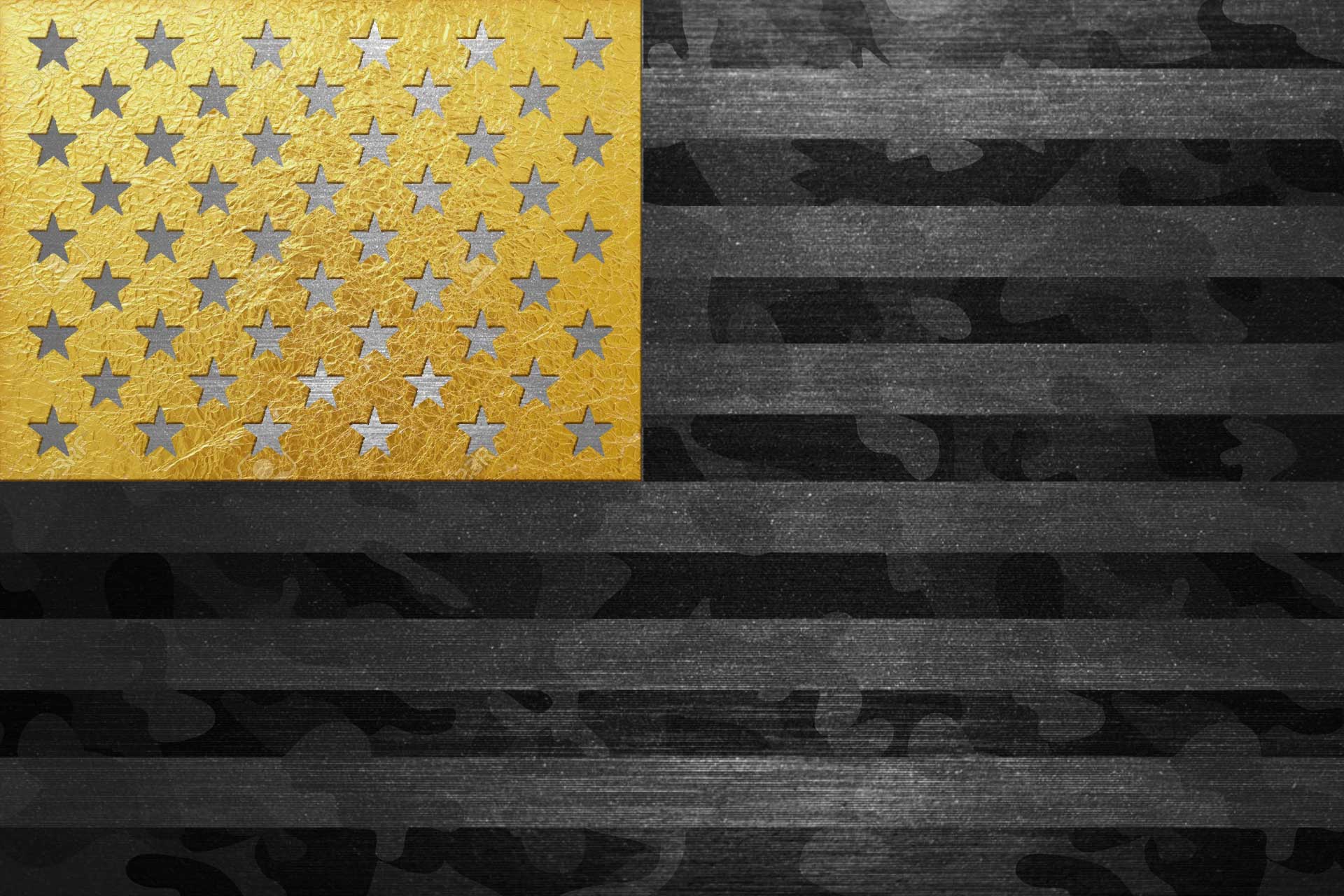 Let’s get theoretical. Brand equity means the monetary value of a brand. Brand equity breaks down into brand awareness (how many people know about a brand) and brand depth (how valuable those people are to the organization.)

These numbers multiply together, so if one were negative, the resulting brand equity would be negative. The brand would be a liability and not an asset.

We know implicitly that a name can be so loaded that it is a liability. Nobody is naming their son “Hitler,” it would be a burden for them. But an organization with a negative brand equity is just not something we see. It’s like a unicorn: we can imagine it, but we just don’t see it in the wild.

Even brands with horrible public relations disasters have measured the brand equity of their tarnished brand, and it comes up as more of an asset than a liability. For example, after the Deep Water Horizon oil platform explosion and subsequent oil spill (the worst in history), BP CEO, Tony Hayward, testified that he thought they would have to change the BP brand name because it was now toxic. They are still using the brand name and even the sunflower symbol they paid $211,000,000 to rebrand to. That sunflower became a symbol of BP’s hypocrisy for their critics to use after the oil spill, and even it had enough value left to stay.

For a brand to indeed have negative brand equity, it would have to cost the company money for every additional person who knew of the brand.

The National Rifle Association (NRA) may fit that bill.

The NRA brand lives in a savage environment.

Most people in the US only hear about the NRA via the media, politicians, and activists in the wake of a mass shooting. A debate breaks out after every mass shooting about how best to prevent future atrocities: should none of us have access to guns because of the gun violence of some perpetrators, or is it a right the right of responsible, mentally fit people to have guns for protection and hobby shooting? This is a reasonable question with two sides.

The NRA jump into the crosshairs of the anti-gun people because they represent the gun owners and producers who would be affected by changes in gun policy. Although no mass shooter has been a member of the NRA, they get associated with the mass shooting perpetrators both actively (by their critics) and passively (by just being in the same news stories).

They are more reasonably associated with the pro-gun legislation because they are active lobbyists for unrestricted gun ownership, and support the politicians with pro-gun policies through campaign contributions and activating their membership for volunteering. The pro-gun legislation is a negative association for people on one side of the issue, but a positive association for their members and gun owners.

Post mass shooting is the worst environment you want your brand to grow in and creates the worst associations imaginable. You have crying mothers of dead children cursing the NRA brand on CNN and MSNBC. Media-friendly and publically sympathetic survivors lobby the politicians to denounce the NRA. You have hashtag movements on social media (like #boycottTheNRA) and anti-NRA rallies.

It’s hard to be PR Perfect in such an environment.

“Both sides of the gun debate are trying to infer the most malicious, disgusting intent to their opponents…”

The environment is also challenging because the NRA has to react quickly to the policy proposals and allegations of the other side. This can lead to mistakes and hasty, emotional statements.

“Many in legacy media love mass shootings. You guys love it,” Dana Loesch, the most forefront NRA spokesperson said at the 2018 Conservative Political Action Conference.

Mrs. Loesch then tried to defend her previous statement later on CNN saying: “You’re saying that it’s malicious, yet on your network, you’ve allowed accusations against me and millions of law-abiding Americans to be indicted as child murderers.” This was true of CNN.

Both sides of the gun debate are trying to infer the most malicious, disgusting intent to their opponents, which is not the grounds for a fruitful policy debate. The shooting survivors and victims parents are trying to associate the NRA with the shooter through the media, and the NRA is trying to make the media out as tragedy profiteers. The difference is that the media brands are set and the victims will return to private life, but the NRA brand will carry the baggage until the next gun-violence tragedy.

All of that is interesting from a personal level, but what makes this interesting from a brand and business level is the other brands that have chosen to disassociate with the NRA. They have made the calculus that the NRA’s brand is too much of a liability than the value of the customers they funnel through their member rewards.

The shooting happened on February 14, 2018. A few days later, the hashtag #boycottNRA started trending, and the brands with deals with the NRA were getting called out by name. On February 22, First National Bank stopped issuing NRA branded Visa cards, and Enterprise Holdings stopped offering discounts to NRA members at their Enterprise, Alamo and National car rental locations. February 23 was the worse fallout day as Symantec, Hertz, Simplisafe, Avis, Budget, Allied, North American, and TrueCar all said they would stop their relationships with the NRA and their members. On February 24, the losses of the NRA discount partners continued with Delta Air Lines, United Airlines, Paramount RX, and Starkey ended their discount programs.

“…[T]hey are only interested in profit maximization and risk mitigation, not good or evil, right or wrong.”

Keep in mind that, until recently, all of these companies looked at these deals with the NRA as mutually beneficial arrangements. The brands offering the discounts get funneled NRA members to convert into customers, and the NRA gets a discount program that makes it easier to sign people up as members.

Why are these brands disassociating themselves with the NRA? CNN credits this is a new wave of corporate responsibility, pointing to Dick’s Sporting Goods self-imposed restrictions and banks that have decided to question their lending to the major gun manufacturers. This is hard to believe, as all of the businesses canceling their brand deals are amoral; large-scale, publicly traded companies are neither moral or immoral. Their fiduciary responsibility and the sheer number of people means they are only interested in profit maximization and risk mitigation, not good or evil, right or wrong.

So we know these companies only care about maximizing profit and minimizing risk. We know that the relationships with the NRA made them profits by funneling customers. Therefore, the relationships must be seen as so risky that they outweigh the profit value.

But what is getting risked? Future sales are threatened if their brands are being given negative associations by the media and activists on social media. An image of all the brand logos of companies who had discount deals was circulating on social media. These brand also fear lagging on a trend reaching an inflection point; they want their brand on the leading edge.

But, to get back to our negative brand equity theory, they may see associating their brands with the NRA brand as a liability. The NRA brand is just too loaded and controversial to have anywhere near.

Speculation: the deals were never that profitable.

My speculation? The tragic Parkland shooting happened on a Wednesday. The boycott hashtags didn’t hit for a few days, so by the Monday, these companies started auditing just how many customers they were getting through these discount programs. If it was a lot of customers, and these programs would have survived. But it wasn’t, so they dumped them.

This is supported by what happened with rental cars. They all must have been reconsidering their NRA discount programs but were concerned that the NRA members would leave for a rival rent-a-car brand. But when one ended their relationship (Enterprise) they all did because it took that risk away; there was no pro-NRA competitor left to go to.

Colin Finkle is a brand marketer and designer with 14 years of experience helping Fortune 500 companies, and now passionately helps Canadian entrepreneurs and public figures at the brand marketing agency, Nordeau. You can see his work at ColinFinkle.com


Learn More
BMB uses cookies to improve your experience. We assume that's okay with you if you continue browsing.Yes, I am okay with cookies.