Why Do You Need Company Culture? 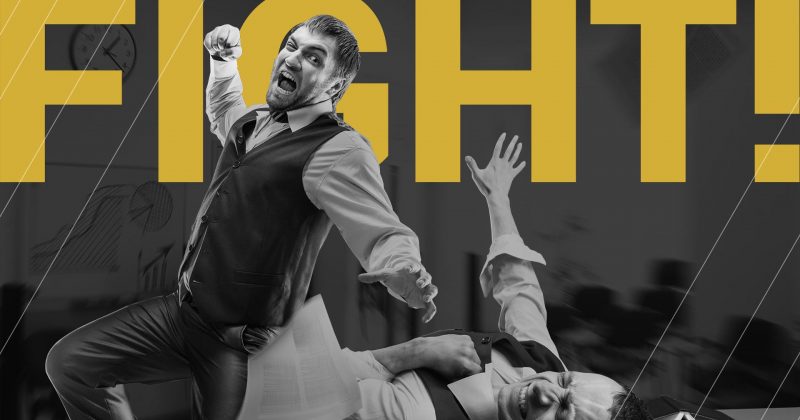 Company Culture: Get It Wrong and Suffer Consequences

Executive Summary | Abstract | TL;DR
Organizational culture, also known as company culture, is the set of values, beliefs and cumulative traits of an organization. Culture and mission unite people of diverse backgrounds and talents.

Not minding culture and hiring and firing based on talent will have negative consequences in the long term. Employees who have passable work product but dampen moral are impossible to fire without a company culture document. Talented people will not stay at a company with a poor culture. Employees may take unnecessary risks and expose the organization to legal troubles. Uber is an example of this. An unminded company culture may get away from the founder’s vision and suffer in the market. Digg is an example of this. Poor culture can bleed through to customers and damage the brand.

There is an easy way to define and document a goal for company culture: define valuable traits of the culture, and for each trait, define what behaviors you are willing to hire and fire for to promote that trait.

Culture is the set of values, beliefs and cumulative traits of an organization. Company culture is expressed in the behavior of the employees; we cannot see culture directly, but we witness the behaviors of the people in the culture and get a sense of it.

Culture is an important part of talent acquisition and growth. To succeed, an organization needs to include a set of people with diverse skills, talents, backgrounds, and approaches to problems. This diverse set of people have to work together, and they are united by culture (the values they share) and mission (the goal they share).

If you are the type of person that leads an organization through a time where the culture is forged, like it’s formation or restructuring, I can safely assume that you are direct, decisive and generally think about actions rather than feelings. You might have previously dismissed culture as “the warm and fuzzies,” or delegated it to a vice president or human resources.

Unfortunately, organizational culture is similar to a brand in that one develops even if we ignore it. A company with a poor culture can struggle to meet its goals.

Thankfully, there is an easy way to think about and document the culture you would like to foster which will guide your hiring and firing. We will go over that next week in “Company Culture in 3 Simple Steps.”

Any manager, director or executive has or has had an employee who does their job, but it is a net negative for the company. They come in on time and deliver what it asked, but dampen the atmosphere and are negative in meetings.

You think: ‘man, we would be better off without John / Jane Doe, but there really is no reason to fire them. Maybe they will just quit in time.’

On the flip side of CCC #1, a lucky manager, director or executive may have felt that they are finally making progress because the right people are in the right places. Then. wouldn’t-you-know-it, a top performer quits, and the wheels come off.

Your top performers are valuable to both you and the employment market, and you can’t stop them from hearing other offers.

You can exercise your financial power, and pay them more to stay, but that only goes so far. Or you can use relationship power, and create a community around them, a community they will not want to leave.

Former CEO of Uber, Travis Kalanick started the company knowing that he was going to be disrupting an industry that would leave kicking and screaming. He pumped himself and his team so they were ready for the fight.

“You’re changing the way cities work, and that’s fundamentally a third rail,” said Kalanick. ” We’re in a political campaign, and the candidate is Uber and the opponent is an as—hole named Taxi.”

One of the co-founders of Uber and former SVP of Business, Emil Michael, talked about how ‘fierceness’ was the primary trait they looked for when hiring people.

But when they hired people who break the rules, they got an unruly company culture.

Kalanick had to title the infamous ‘Miami letter’ with “URGENT, URGENT – READ THIS NOW OR ELSE!!!!!” He also put in the top of the email: “You better read this or I’ll kick your ass.” This email was outlining who people could and couldn’t have sex with on their retreat to Miami in 2013.

A ride-hailing app wasn’t the only thing to come out of Uber: sexual harassment complaints, documented gender discrimination, regulators infuriated with flagrant municipal rule-breaking, and a billion-dollar intellectual property lawsuit.

Unbridled, you may find the company doing unethical actions, and increasing your legal risk. Defining the culture from the start limits the risk.

The Company Gets Away From You

The successful entrepreneurs hire smart people with technical skills that the founders can only dream of. But the problem with hiring purely for technical skill and not for culture fit is that you may not recognize the culture of the company once it reaches a particular scale.

Digg was one of the most popular sites on the internet a decade ago; the website surfaced news stories by having members vote them up. The company had a fast fall from grace with its users abandoning it for similar functionality from Reddit.

The founder, Kevin Rose, admits that his biggest mistake was not minding culture while he was hiring to solve technical scaling problems.

“There were too many cooks in the kitchen [at Digg].” said Rose to The Next Web. “No one ever pounded on the desk and said ‘enough, this is the new feature’ in meeting.”

Feature creep was the result, and the site lost the qualities that defined it during its rise. Not only did the culture get away from Rose, but the product vision as well.

Defining culture from beginning keeps it from getting out of hand.

The Culture Damages the Brand

We all don’t have to think too hard to remember an experience where an unmotivated or even disgruntled staff member left a bad taste in your mouth. This reflects poorly on the brand, not the employee, because the brand is what we have an ongoing relationship with.

Jody Ordioni in her book “The Talent Brand” makes the point that the companies with the best brands are often perceived as the best employers. According to LinkedIn, North America’s 2015 Top 100 InDemand employers were Google, Apple and Facebook; these three brands are all within the top 25 most valuable brands.

To play it safe, you had better define and mind your culture so your brand can flourish.

There is a way out.

Now that we are all sufficiently depressed, I can present the lifeline! Culture does not have to be hard. You just need to:

This article is written by Colin Finkle with input from Jody Ordioni, Chief Brand Officer and President of Brandemix and author of “The Talent Brand: The Complete Guide to Creating Emotional Employee Buy-In for Your Organization.” See our previous interview with Jody and our review of The Talent Brand.

This post contains Amazon Associate links. Colin Finkle does earn a small bounty when someone purchases a product from Amazon after they click the link.