Changing Business Models with a Brand

Walmart sees the end, and is betting the company on the strength of their brand.

I imagine that a few years ago the executives and investors in Walmart could never a future where their company isn’t the world’s dominant retailer. They were 3-5 times larger than their closest competitor, depending on the metric you looked at (Investopedia). They had the potential to triple or quadruple in size by expanding into the growing nations of Brazil, China, and Russia. They had an online store that was easy to use and allowed people to see if products were stocked at their local store. Everything was looking like their dominance over retail was endless.

$3.3 billion dollar bet that the company can survive on the strength of their brand.

Well now they can imagine a dark future where they don’t even exist, and they have made a $3.3 billion dollar bet that the company can survive on the strength of their brand. They see a future where people make their mass merchandise purchases online, particularly from Amazon.

That bet is the purchase of Jet.com for said $3.3 billion dollars (Wall Street Journal). It is an expensive acquisition; it was 90% cash and gave Jet a value of six times revenue (Yahoo Finance) for a company with a burn rate of $5 million a month (Wall Street Journal blogs). But Walmart Cheif Executive Doug MacMillion sees value.

Jet.com was a one-year-old company that was started to be a competitor to Amazon. It was started by Mark Lore, a serial entrepreneur whose previous company, Diapers.com, was purchased by Amazon. Diapers.com was almost put out of business by Amazon as they discounted diapers so heavily, it sent the whole industry into losses. Mark Lore has seen the inside of Amazon and decided to compete with them again even after being decimated and swallowed by them. This is a perfect general for Walmart’s new war with Amazon. Oh and as a bonus, they get some of the most talented programmers and engineers in the online retailing industry, and a bunch of technology already developed. Walmart was willing to overpay because this acquisition gets them back in a race they were already starting to loose. A race with big consequences.

Walmart executives are afraid of Amazon.

Walmart’s brick and mortar retail business hit an inflexion point and started to shrink. They started closing stores, hundreds at a time, and their expansion into developing nations was not working the way they hoped.

The market cap (overall value of the company via the sum of its shares) of Amazon overtook Walmart making Amazon the most valuable retailer in the world, even though Walmart does 5 times more revenue. The value of Amazon is higher than Walmart because the share price is reflective of where the market sees the company being worth in the future. Wall Street believes the future of mass merchandise retail is online, and bricks-and-mortar stores are a thing of the past.

A company needs three things to compete in online retail at scale: large-scale logistics, scalable technology, and a well-known brand. Walmart has large scale a large scale logistics network and talent, even if it is set up to service brick-and-mortar stores and not shipping directly to customers. They have one of the largest brands in the world; Walmart’s brand equity is valued at $24.5 B (Forbes). Walmart checks two of the three boxes. They are hoping the acquisition of Jet.com bolsters their technology, but at least gets them the management and engineering talent to build and scale their online retail technology.

The advantage Walmart has with stores was that instant gratification the shopper could have by getting their product right away. Amazon had eroded this advantage with their same day shipping achieved through Amazon Prime subscriptions and building out fulfilment centres at an unprecedented rate so they can get closer to the majority of their customers. Amazon had further eroded Walmart’s instant gratification advantage by allowing customers to pick up their goods at certain locations.

Walmart will have to change their business model to being and online retailer if they are to keep their market share in mass merchandise.

Changing business models is the most challenging thing a company can do.

Changing business models is the most challenging thing a company can do; it is so challenging that startups like Amazon have the potential to disrupt established companies like Walmart. This is called the innovators dilemma. I like to say that if you are not willing to canibalize your own business, dont worry, someone else will do it for you.

But startup will have to build their brands (unless they license a brand) where established companies just have to tweak their brand. But brands live in the minds of their potential customers, and they can be hard and sometimes impossible to change. Sometimes mental associations are just set.

Kodak could not transition their company from a film company to a digital imaging company, and the industry left them behind. Canon and Nikon survived because their brands were more associated with the camera hardware than the film, and they did a good job of managing the transition.

Netflix foresaw the end of their original business model, much like Walmart sees today. Netflix started by mailing DVDs to the houses of their customers, but they saw the end of that business as internet speeds to the home increased to a point where their customers could just download movies on demand. They transitioned their brand from the unlimited movies my mail, to unlimited movies online. Just a small tweak. The Netflix and Walmart situations are very similar, but Walmart is on a scale that is a thousand times larger.

Walmart can tweak its brand, and your company may be able to as well.

Walmart can tweak its brand, and your company may be able to if you need to transition your business model. Most brands can be summed up in a 3 to 5 point statement; you can really only hope to change one of those bullets at a time. You change the brand through communication and leadership.

You communicate with your customers through the channels established through the existing business so customers can start changing their expectations. Walmart uses the phrase “1000s of products, in-store and online” in their in-store signage.

Leadership needs to be strong. The CEO or President needs to communicate to all of the stakeholders (investors AND employees) the new vision, and strongly establish that there is no going back to the way it has been done in the past. The past is the past. Leadership needs to identify the barriers keeping them from the more sustainable business model and knock them down one by one. One of those barriers may be previous brand associations, and an investment in marketing is going to be required to change that. 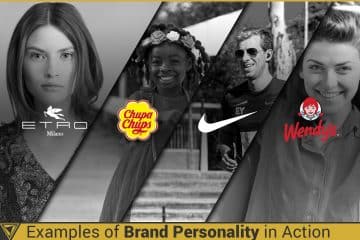 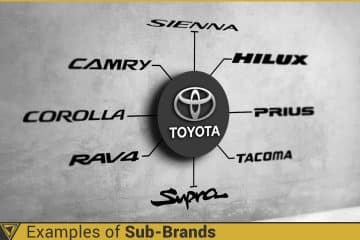 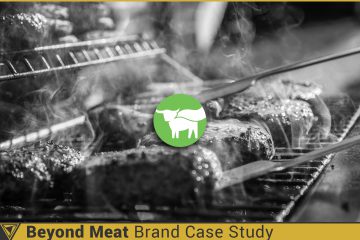