Building a Brand with Ads on Digital Media 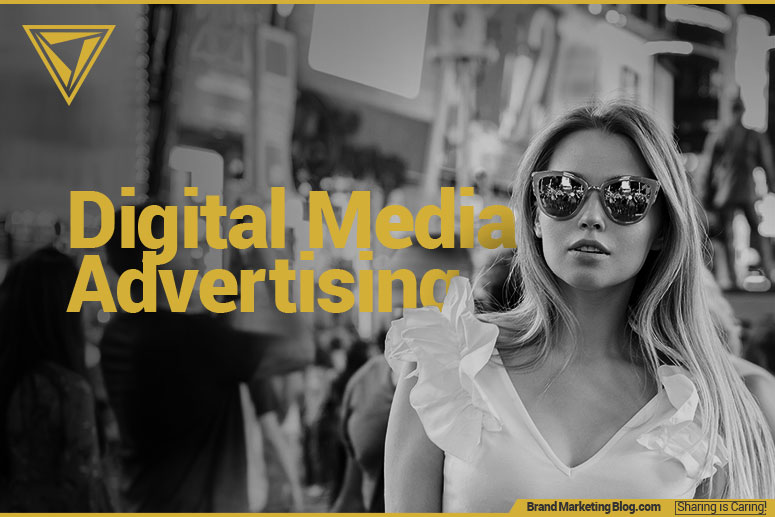 Media has transitioned from print to digital. Now advertisers can track from ad click to purchase, and only consider campaigns a success when ads result in sales. This has seen a rise in direct response ads over brand marketing ads. Media websites have seen their ad rates and brand value decline.

This has left an opportunity in the market for brand builders to go directly to digital media creators. Going direct enables brand association, endorsements, targeting by interest, get around ad-blockers and negotiate favorable rates. Calls for action and measuring sales are good things, but the growth in brand equity also needs to be considered in campaigns.

The advertising industry is all mixed up. We moved or media from print to digital, and in turn, received many new tools to distribute and track advertisements. But these tools have had a perverse effect on our advertising; they have incented us to display pushy, direct response ads on poor content. We only consider a campaign a success if directly resulted in more sales. Brand building is out of the decision making process.

But there are always opportunities for mavens when the sheep are all doing the same thing, especially when that thing is misguided. The opportunity is to make deals directly with media brands so that you can put your brand in the best context.

Direct response advertising is when you run an ad campaign and specifically solicit a behavior, normally to buy a product. The only measure of success for the advertisers is if the ad directly results in a sale. Think of the last time you dealt with a pushy salesperson.

Brand marketing, on the other hand, is advertising and other activities where your goal is to increase the value of your brand by increasing brand awareness or brand depth. An organization can increase its brand awareness by getting its advertisement in front of as many potential customers. Brand depth is built by making associations with your industry, positive emotions, your brand differentiator, charity, etc.

We talked more in-depth about brand building vs. direct response in our article: What is Brand Marketing?

The sheer volume of blogs, magazines, newspapers and social media on the internet necessitated the need for ad networks and programmatic ads. Ad networks are companies that an advertiser can pay for an ad, and it gets placed on many different websites using programmatic ads. Programmatic ads are when the ad network determines which ad to show based on scans the content of the page and uses data it knows about the viewer.

Ad networks and programmatic ads now offer tracking where websites can watch a customer go from clicking the ad to buying the product. This direct insight is very new and very powerful; advertisers had no idea if their ad worked at all.

“Half the money I spend on advertising is wasted; the trouble is I don’t know which half,” said John Wanamaker, a 1800s businessman who built a chain of 16 department stores, which eventually became Macy’s.

But this new superpower of tracking has given rise to some ineffective practices in advertising. Ads now are nearly all direct response, using more gimmicky, flashy and overt ways to get customers to click and buy.

A call to action is a good practice in all ads, but hitting viewers over the head with “act now, or else” comes at the expense of the brand. There are examples of calls to action that work with the brand; Lexie Lu has compiled 19 examples a call to action done right (on Design Roast.)

Remember the brand cycle? These direct response ads have their place: in the ‘Evaluation’ phase. But technical marketers and entrepreneurs are totally missing the ‘Impression’ phase when placing ads on ad networks.

For years and years, people making digital content have seen their ad rates decline, and their brands become invalid.

In the past, advertisers sought out media that their brand would want to be associated with. Brands placed ads in relevant print media not only because the readers were directly in the target market, but also to associate with that publication’s brand. It was prestigious to have a full-page ad in the New York Times or Rolling Stone.

But now, advertisers have no idea what brand of website their ad will be placed on when they purchase through ad networks like Google’s Adsense. For every great media brand, there are thousands of crap websites covering the same topic and a programmatic ad can be placed just as easily on a celebrity gossip listicle from a content farm in Turkey as sharp piece interview from Rolling Stone.

Branding is still important in media because better media brands generate more traffic and have more time-on-site, thus can serve more ads. But the ad networks have taken the value of the media brand out of the advertiser’s equation.

“Programmatic ads devalue the brand because its oversimplified focus on straight ROI is a race to the bottom,” says Seth Weintraub, founder of 9to5mac.com and Electrek.co, “where eyeballs and clicks are equal whether they come from the New York Times or a pseudo-bot generated clickbait landing page.”

Seth has built multiple website brands up into an authority their reader’s trust and respect. But he has to turn to programmatic ads through networks because advertisers don’t go direct in the internet era.

Seth discussed the state of advertising for digital media brands with Leo Leporte, Larry Magid, and Greg Ferro on This Week In Tech #669. Even on podcasts, which cannot have programmatic ads because they are audio, advertisers are looking for the stats and tracking that they are used to from programmatic ad networks.

Advertisers expect to see a direct lift on sales, and anything short of that is a failure. In other words, they are looking for direct response advertising.

New Media Mavens are Hungry For Sponsor Brands To Build

When BMB talked to Seth Weintraub, he wanted to use the clout of his media brands and audience to build the brands of advertisers that go direct to him. Electrek, 9 to 5 Mac and 9 to 5 Google have authoritative voices in their verticals and great brands. Associating with those brands would do amazing things for the right brands willing to advertise directly.

While everyone is jumping off the direct-response-bridge, there leaves an opportunity for savvy brand builders to make a name for themselves.

In the past, there were trade publications and consumer publications. These magazines that attracted people through targeted content based on their interests or industry.

You know popular consumer magazines like Time, Sports Illustrated and Rolling Stone, but you may not know some magazines targeted at specific interests like Motor Trend, AARP The Magazine, Golf Digest, or Country Living. Popular trade magazines are US Banker, Communication Arts and Publishers Weekly.

Advertising in these magazines was great. The advertisers supporting the magazines built their brands by getting their logo in front of people in the market for their offerings. They also created the brand depth by associating with the magazine, and it’s content.

Advertisers, or their marketing agencies, could go direct to the publication or its parent company. They knew exactly where and when their ad would be running. The downside was that none of this could be tracked or automated.

Fast forward to the commercialization of the internet.

The first graphical web browser was invented in 1993, and in less than a year, Windows was being bundled with Internet Explorer, and everyone suddenly had a web browser. This lead to the first dot-com boom, where companies lept to get their products online; famously, legacy publishers were laggards to get their content online, worried that their circulation numbers would diminish if they content were up online for free.

The first banner ad was purchased by AT&T on HotWire.com in 1994. By 1996, Double Click became (arguably) the first ad server but (definitely) the most important.

After that, digital content creators defined sections of their websites where they would allow for ads, and the ad servers filled that spot with a banner or text ad. Advertisers could go to one ad network and have their ads on many websites, and digital media creators could focus on content and not attracting advertisers. It was easier for everyone, but they inserted a middleman, and the ads usually didn’t have anything in common with the content.

Google came online in 2000, and AdWords, their programmatic ad platform, shortly after that to monetize people’s searches. Google bought DoubleClick in 2008 and launched Adsense in 2013.

Google needed an advertising platform that displayed the most appropriate advertisement for their searcher. This was programmatic advertising. Google then applied the same logic to websites; Google bots read the site and would only send ads relevant to the content on the page. Google wasn’t the only ad server using programs to present more targetted ads during this time, but their lead in market share and technology made them the money printing machine they are today.

Throughout this all, there was a lot of innovation in determining the cost to place an ad, but that is for another article. All you need to know is that the ad network billed their client and paid the website owner only when an ad was clicked.

The downside was that this created content farms: an industry of websites that created vast numbers of poorly researched articles like you would find on About.com, eHow, and Mahalo. Google single-handedly shut down this industry by not sending them search engine traffic after their “Panda” update to their search algorithm.

Now, correctly set up websites can track a person from when they click an ad, to making a purchase. Because of that ad to action tracking, advertisers are looking for direct responses now more than ever; responses like purchases, trial signups, Kickstarter donations, whitepaper downloads, etc.

And for digital media that cannot use links, like Podcasts, then responses can be tracked through promotion codes. For example: “Type BMB at checkout for 10% off.  Advertisers use these metrics to score the success of a campaign

The take away: those pre-internet ads in media were all about the content and the brand of the magazine, whereas internet ads do not care what website they appear on, as long as there in front of the person who they are most likely to affect. This makes the site expendable, and the value of their brand inconsequential to their ads.

Don’t Get It Twisted

BMB is not advocating that you do not expect any sales lift directly from an ad; we would be asking you to flush your money down the toilet.

What we are advocating is the brand building ads be used at the correct phase, the ‘Impression’ phase, and that the increase in brand equity be factored in when determining whether an ad campaign was a success or a failure.

Integrate the thinking of the great marketers of the past with the technology we have now.

Big corporate brands are doing this now. Does Adidas expect a direct response from their World Cup sponsorship? Savvy entrepreneurs of growing brands like Dollar Shave Club, Harry’s, Quip, and Casper do.